What is the difference between nano brewery and microbrewery?

In a wide range of brewing fields, there are craft brewing, micro brewing, nano brewing and various types of brewing. What is the actual difference?

What Is Nano brewing?

Nano, which means one-billionth, is smaller than micron. Logically, nano brewing are smaller than micro brewing. Nano breweries are not allowed to produce a certain amount of beer until they are officially expanded to micro scale. More is the kind of "I know when I see it" transaction.

As far as I know, from a legal point of view, there is no special benefit to be a nano brewery rather than a micro brewery, but people may have reason to want to start a nano brewery.

First, nano breweries are usually run by one person - one person produces beer, turns on the tap, sells beer, markets beer, pays taxes, sweeps the floor, cleans everything, deals with trolls, pays rent, and so on. If you are interested in these, it may be time to open a nano brewery!

In short: nano brewery has no fixed definition, but it is obviously smaller than micro brewery. 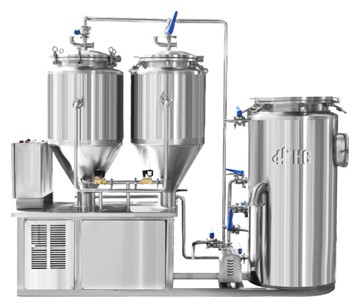 What constitutes a nano brewery?

The nano brewery is so small that there is actually no definite number of beer to build a nano brewery. But the industry has a consensus on its general meaning: any brewery that produces three barrels or less of beer.

This means calculating how much money you need to earn and your daily operating costs. The good news is that most of the beer you sell is directly profitable... You can sell some beer for distribution, but as a nano brewery, the goal is usually to sell as much beer as possible on site.

Micro, which means one-millionth, gives the impression that it is a small thing. Well, microbrewing is small.

Indeed, craft breweries are allowed to produce up to 6 million barrels of beer, so perhaps the name "micro" is appropriate. I don't think it's smaller than micro!

Although the term "micro brewery" was originally used to describe small breweries, it means more than that. Today, it also means a specific brewing style and method - emphasizing creativity, experimentation, adaptability, sustainability and flexibility. As we all know, micro distillery has broken through the boundaries in ingredients, technology, flavor, marketing and operation.

The local small brewery is not a new idea. Before the age of refrigeration, most towns and villages had breweries because beer could not be transported before it deteriorated. After refrigerated transportation became possible, most local breweries were closed and replaced by larger and more stable breweries such as Miller and Anheuser bush.

Home brewers continue to brew their own beer, mainly for taste reasons. During the ban, all beer was brewed at home because the sale of alcoholic beverages was legally illegal. After the ban was abolished, many family brewers began to sell their beer in local bars with the encouragement of friends and family. As a result, the micro brewery was reborn.

The first real use of the term "micro brewery" was a small brewery opened in Sonoma, California, in 1976. The oldest brewery still in operation is the boulder brewery in Colorado, which opened in 1979. Boulder brewery began operation in a converted goat shed, but later expanded into a modern building.

At present, more than 1600 micro breweries have been put into operation in the United States alone. The number of home breweries is unknown, but both home breweries and micro breweries cite the same reasons for their existence. The taste, taste and overall flavor of microbubble beer exceed those of major brands. Most micro breweries produce beer and light beer, which is usually stronger than ordinary beer.

Most brewers will say that after drinking micro brewed beer, customers don't want to go back to canned light beer anymore.

There are dozens of books and websites that can help you start your own micro winery. Through a little experiment, you may find the next great beer.