What is a pub brewery?

We all know that a brewery is the place where a beer is brewed, but there are several different types of breweries that brew a variety of beer and experiences.

Local laws are the most important reason for the different market segments within the craft beer industry. Most breweries go through a three-tiered selling process (brewer to wholesaler, wholesaler to retailer, retailer to consumer). That’s because most states don’t allow breweries to sell directly to the consumer.

In the U.S.A., some more lenient states have allowed some breweries to act as a wholesaler, and in some cases to even sell directly to the client (the retailer role). This has created different types of breweries:
·Nanobrewery
·Microbrewery
·Brewpub
·Regional Craft Brewery
·Regional Brewery
·Large Brewery 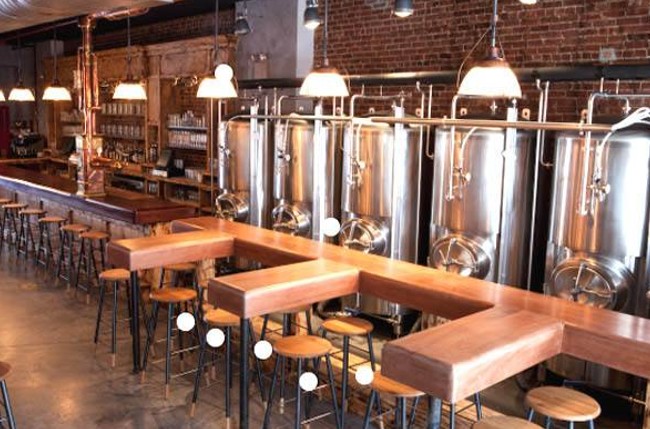 Today, we focus on Pub brewery or Brewpub. So what is a brewpub?

If a brewery is located in a state that allows them to sell directly to customers (including California, New York and Texas), then they can open what is known as a “brewpub.” A brewpub is a bar that is established by a brewery and serves their beer directly to customers. By law, an establishment can only be called a brewpub if it sells 25% or more of its beer on-site.

We will first describe a brew pub for those who have not been lucky enough to visit it. This is a catering enterprise, usually a restaurant. In addition to providing other drinks and dinner, it also provides beer brewed themselves in the same facility.
Ideally, in Brewpub, the manufacturing process is customer-oriented and separated by glass or similar thing for safety reasons. In this way, consumers can observe where and how the beer is made. But more important than this visual appeal is that the freshness of beer is as high as possible without damage related to transportation and storage: insufficient temperature and humidity, sudden movement, loss of aroma and flavor, etc. All this will not happen in the beer bottle, because the beer is consumed directly from the tank. After production at a controlled temperature, the beer rests in the storage tank.

On the other hand, the Brewpub is a full-service restaurant that produces beer. This type of brewer’s license has existed for decades. Enterprises like this will produce some beer by themselves, but they also have a complete liquor license. In addition to wine and spirits, it is common to see "guest" beer on the tap. They can have a bar full of liquid because of the food they provide.

This goes back to a long time ago, when people worried that the alcohol percentages was high, which might lead to people getting drunk soon. In order to solve this problem, a percentage of the total sales of bars must include food sales. The idea is that if people are eating, they won't drink, and food will help absorb some alcohol.

One people might think that the beerpub is a modern invention, but in fact, they are as old as beer or brewery, at least in the way we know today. Although modern beer was born in monasteries, knowledge quickly spread to people at the beginning of the last millennium, so it is reasonable to think that pubs themselves began to create recipes in their business.

This is a less modern invention, but in the last decade of the 1970s, with the emergence of craft beer, this invention rose again. First in the United Kingdom, in the Real Ale defense heat, and later in North America, the prosperity of craft beer took place. Interestingly, the first brew pub on the other side of the pond was not opened in the United States, but in Canada. That's the Troller bar in British Columbia. In 1982, Grant's Brewery Pub was opened in Yakima, Washington.

The start was slow and costly, but time proved right for advocates of high-quality beer. By the end of 2017, there were 2252 brew pubs in the United States, and the number continued to increase.

This is where it began to get chaotic, as mixed versions of these models began to appear. One of the current trends is that restaurants are equipped with a permanent food cart in their location, and even rent an additional kitchen space for others to use. Although the space and equipment may belong to the winery, everything else, including food preparation, is handled by the enterprise operating the kitchen.

Do you really want to be confused? An amendment to the restaurant license allows breweries to use certain appliances, such as pizza ovens, microwave ovens and toasters, to prepare food.

Which kind equipment is suitable to a Brewpub?

Usually, as business beginning, the best items is 300L system or 500L System. You can choose the appropriate item according to the local population, per capita consumption, your site area and your own budget.

The 300L system includes two vessels brewhouse(electric heating), necessary pipes and fittings, 4 pcs 300L fermenters, cooling system, CIP and control system, some customers also need small bottle or cans filling machine or kegs filler and washer. Use system, can get 2400L per month, supposing your fermentation cycle is 15 days. And in the future, if you want to expand production, you can add 300L fermenters, as many as 15 pcs in total, so the biggest capacity per month is 9000L. You can adjust the fermenter quantity according your capacity request. And this system covers an area of 30 square meters.